A week to submerge into the landscape of embodying the doorways to flow.

In positive psychology, a flow state is the mental state of operation in which a person performing an activity is fully immersed in a feeling of energized focus, full involvement, and enjoyment in the process of the activity. In essence, flow is characterized by complete absorption in what one does, and a resulting loss in one’s sense of space and time.  This is what the yogi’s call being immersed in the fourth state, the meditative state of awareness.

We seek to find doorways into the immersive state of awareness through access points in our body/mind in order to enter into states of flow.  Using meditation, inquiry, asana and free movement, this retreat is designed to help return us to our natural state of flow.

I will return for the seventh year to one of my home bases, Okreblue retreat center on the spectacular island of Paros.

Your days will begin with guided meditation, followed by asana and free movement.

Of course, you’ll also enjoy nearly five free hours daily in which to swim in the pristine, Cycladic, turquoise sea, play in the sun, visit ancient towns and ruins, or simply journal and take long naps.  And let’s not forget Okreblue’s extraordinary Indian chef, Suresh, who graces us daily with fresh, organic, vegetarian dishes harvested directly from the Okreblue garden.

I invite you to join to watch the magical sunrise in the east morph into the glowing sunset in the west.  The famous liquid glow of Grecian light is sublime.

This is how you synchronize your body/mind to the rhythms of nature.

This is where deep rejuvenation begins.

This is where we Embody Flow.

The retreat starts at 5 pm on the first day will conclude at 10 am on the last day.
(Check-in will be 2:00 pm July 23rd and check-out 12:00 pm July 30th.)
Please find a sample schedule below and note this is to give you an indication only.  Finer details will be confirmed closer to the time. 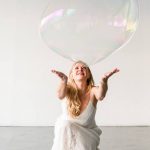 We are here to help you decide which retreat option is best suited to you. Please contact us to book, or to have your questions answered.